The popular series of "Women Who Lead" is back! SwedCham are glad to invite four leading executives from different industry backgrounds, for a panel discussion inspiring others to take charge and become the change you want to see in the world.

Speakers will be sharing insights and stories from their own experiences, based on the various fields of law, tech, production, industry and consumer goods. Dr. Aiying Wang joined Envac in 2021 as President & CEO, Greater China & South East Asia. Aiying leads the team to focus on growth in China, HK, Singapore, Malaysia and adjacent areas in the segments of eco-cities, hospitals, airports and buildings. Envac is
committed to the mission of a better environment, greener earth, and desirable communities.

Prior to Envac, Aiying served as VP/GM of APAC Electrical Component Division at Eaton. She led the APAC team to upgrade the R&D capabilities and operational excellence with a healthy business growth through a clear strategy and consistent execution.

Between 2011 to 2016, Aiying was Business Operation VP/GM for KEMET Electronics in China where she took great pride in the team for achieving worldwide record performance and creating a sustainable positive culture.

Before moving to China, Aiying worked in the USA from 1993 to 2011 in a diversity of roles, as material scientist at BIC Corp., as manager of R&D, Process Engineering and Operations at KEMET, and as Leader of Technical Source at Michelin North America.

Aiying holds a Ph.D. degree in Physical Chemistry from the USA and a BS in Chemistry from China. She is an inventor of more than a dozen granted US patents. In 2018 Aiying received Mindspan (Australia) Executive Coaching Certification which further supports her passion to raise the bar for leadership in the community. Aiying served as Vice Chair and Chair for AmCham Suzhou Advisory Committee.

In June 2021 Aiying received the Award of “Women in Tech” by Forbes China in recognition of her proactive contribution to STEM fields and in setting examples for women leadership.

Envac AB is the inventor of the automated pneumatic waste collection system (PWCS /AWCS). Envac leads the design and implementation of next generation of efficient waste handling. Our vision is to create smarter cities, improve quality-of-life today, and help secure a greener planet for future generations. Envac’s PWCS system is a part of the city’s reliable infrastructure. Envac sets record for the longest running system in the world since our invention in 1961.

Envac AB is part of Stena Adactum AB, a subsidiary of Stena AB / Stena Sphere which employs ~20K people with a total revenue of 50+ billion SEK in 2020. General Manager at The Swedish Chamber of Commerce in China 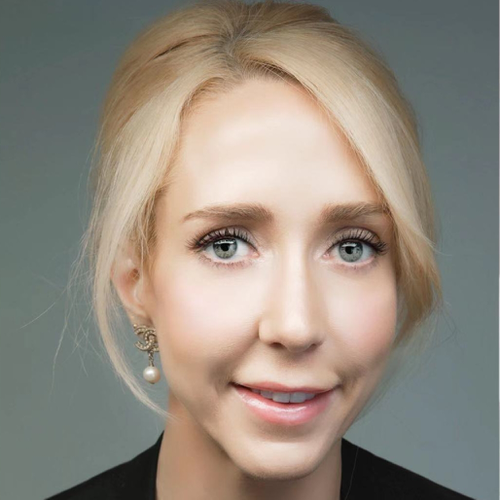 Therese has six years of experience from China and is a Norwegian lawyer heading the Shanghai office’s corporate group. She works mainly with cross-border matters related to the Nordics and China, hereunder international M&A, compliance, and corporate law. Her work is primarily related to international transactions and corporate matters, hereunder advice to PE funds, Scandinavian industrial and technology companies with a China strategy or presence. Within M&A, Therese has extensive experience with leading due diligence processes in China, negotiation and completion of M&As with Chinese targets.